Did a nice little 24 hrs at Welham Peg 10 on Weds night...been turning back to the darkside for a bit lol

I'd fished the Dam wall peg on the previous Fri/Sat nights with only 1 run and a lost fish to show for it, never the less I was looking forward to getting back on and the weather had been improving all the time so my confidence was up.

Arrived and set up, testing out my new stage stands which I have to say I love 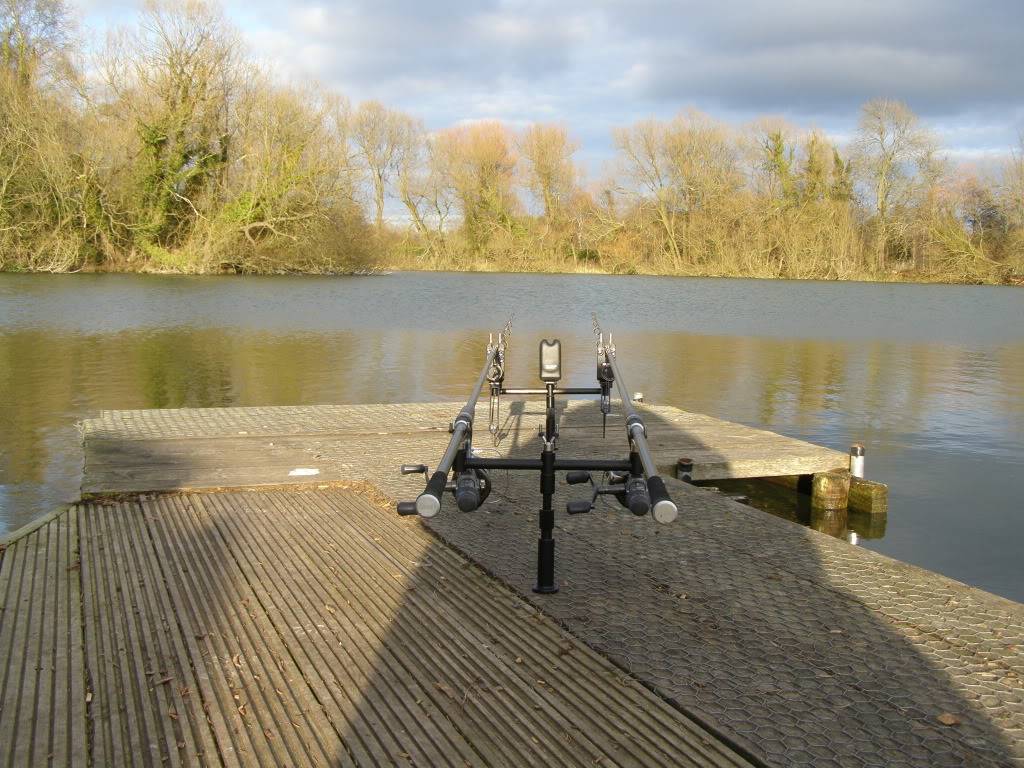 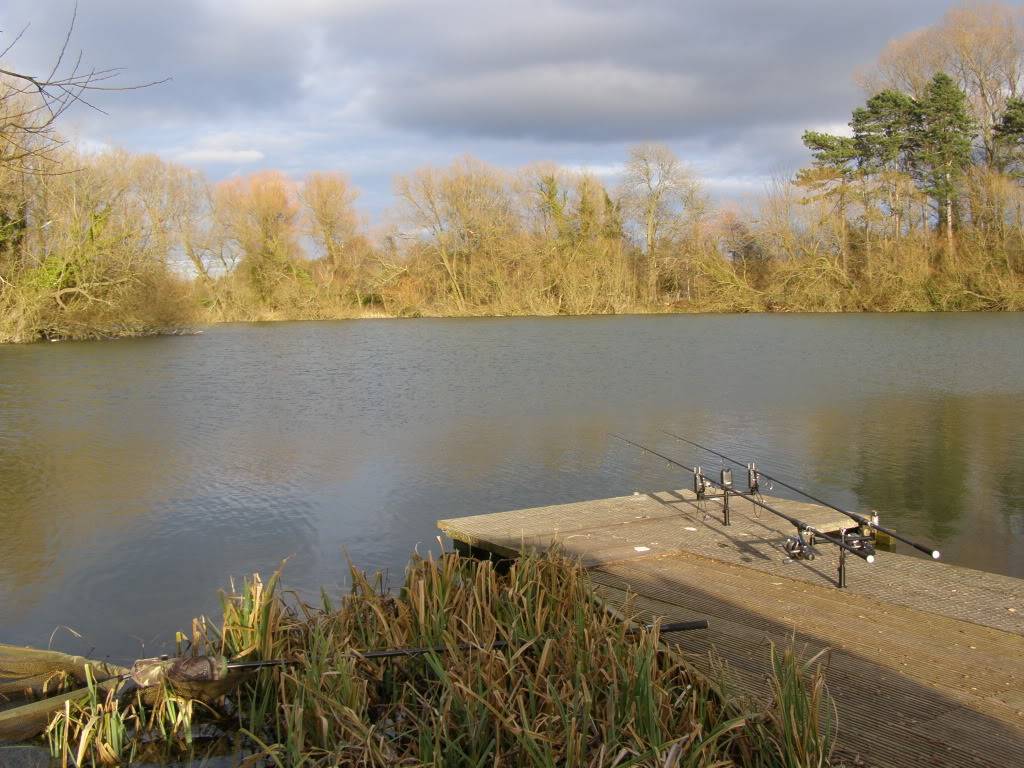 I could see plenty of fish moving out in the open water towards 11/12 and also the occasional one coming round the end of the island.
The decision was made to fish a rod a long way out towards 11/12 (there was no one on there) on a helicopter rig with an SLK Wafter tipped with a tiny corn stop on a fluorocarbon hooklink as the water is still gin clear. This went out on my right rod and landed right in the area I wanted. I didn’t put any bait out apart from a 3 bait stringer of small SLK boilies attached to the rig that had been soaking in the matching glug for a week.

Left rod went out to a spot off the end of the island where I had been seeing the fish patrolling round. On this rod was a glugged SLK bottom bait boilie tipped with a sliver of pink peril for visual attraction and buoyancy. This was fished over a pretty wide scattering of SLK bottom baits.

Nothing happened until I’d just got in the sack at 11.25pm (Typical!) when I had a two beep indication on the right rod. Knowing it was a long way out and therefore a lot of line for the indication to travel down I got up and watched the bobbin hoping for it to develop into a full blown run. It didn’t but the indicator was very slowly rising without the alarm sounding so I made the decision to pick up the rod and wind down into it. Fish on!

Plod, plod, plod all the way out kiting to the right towards the day peg. I could tell it was a heavy fish but it came in no problem until it saw the net. It went crazy then, nearly wiping out my left rod and doing its best to bury its head down and wrap itself around the platform legs. Fortunately I managed to bully it away and finally net it. It looked a good fish. Perhaps a PB… Perhaps even my first Welham 20?!
In the end it went to 19lb 11oz after realising that I had zero’d the sling dry. Initially I was convinced it was 20lb 2oz but after re-zeroing the sling when it was wet and taking off the extra ounces, I had to admit it wasn’t my first Welham 20…ah well it was still a Welham PB. Awesome

The following pics are self take attempts...excuse the death stare in the third pic lol. 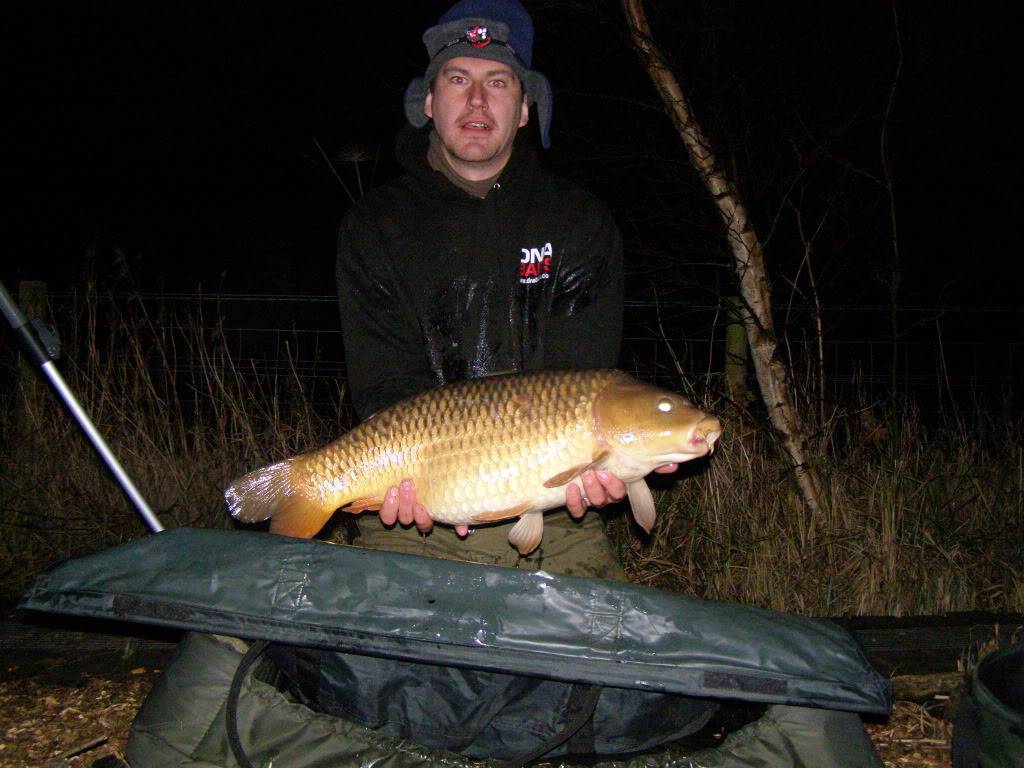 Put her back safe and sound a very happy man. Brewed up a cup of warming hot chocolate to celebrate and eventually drifted back to sleep after re-rigging and getting the rod back out to the same spot.

No more action in the night but I woke up to one of the most stunning dawns I’ve seen at Welham. It was beautiful and the pics don’t do it justice. Sat there with my coffee I was like a pig in poo just watching the water and the geese being rowdy and all pairing off for mating. 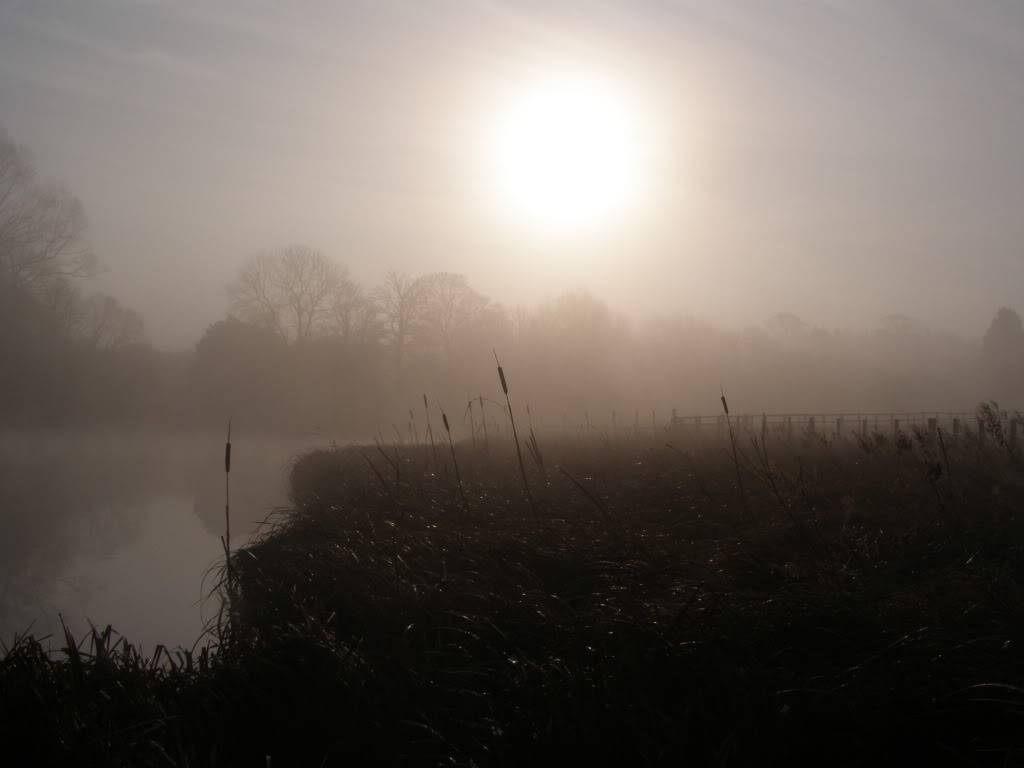 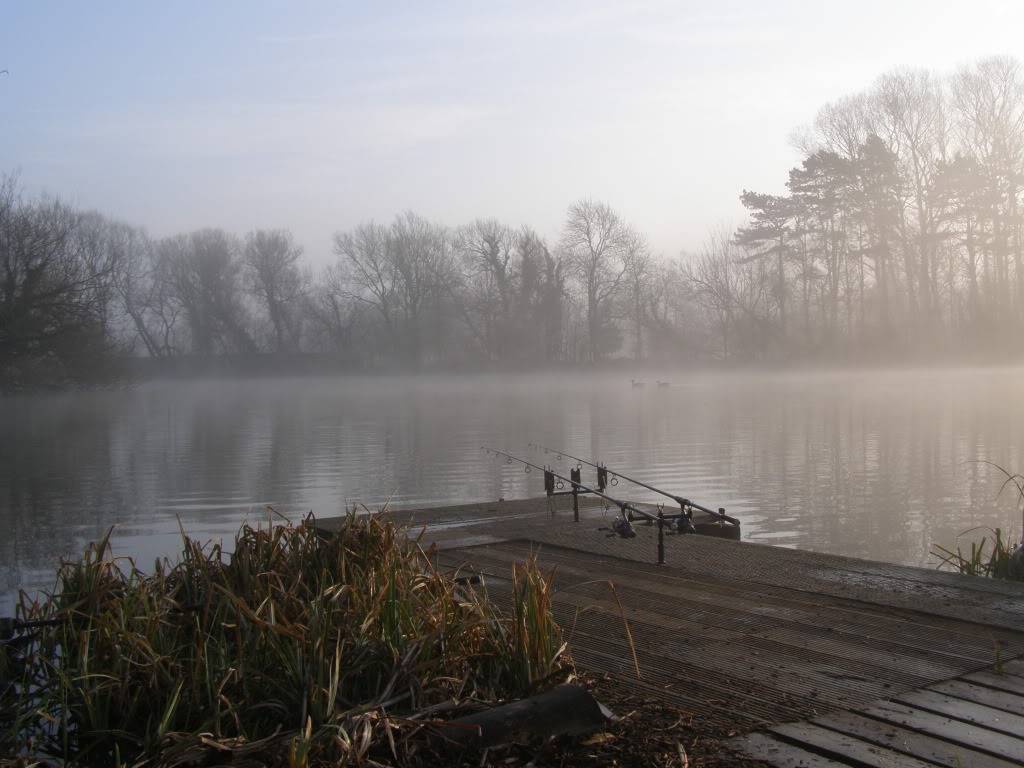 I could have gone home happy right then, but as I was packing down the bivvy and chatting with the lad in the next peg my right rod let out a one toner and went screaming off resulting in a nice little 10lb 1oz common. Happy days.

and so close to your PB as well lol

All that stuff your talking about for rigs is like double dutch to me cause i have only ever really done piking, but.................. been doing my homework and gonna get after a few of those Carp you talk about. They look like fun to me. Havnt got a clue about Carping, but i reckon a few goodun's will grace my net before the years out !

Oh yer, meant to say, i like the idea of your pod. Obviously got screw threads in the bottom of the posts. Superb idea that. Very stable i would imagine. 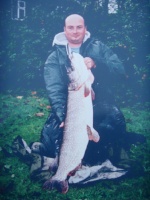